Fortunately, nowadays we are becoming more and more aware of the gender inequality that has existed for so long in our society and in the world. Ours is a time in which this is no longer tolerable. We all must understand how important it is that men and women must live together in equal terms, with the same rights and with no fears, knowing that we all have something to contribute to make our society a place where we all can feel fulfilled.

In this search for equality, it is becoming necessary to defend the role of women in the development of our world in any field, (art, science, technology, law, politics, …) and what they have contributed to the history of mankind.

In this context, the name of Mary Shelley came into my mind and I thought it was a good idea to let our students know who she was.

We all know the existence of a book called Frankenstein, but many don’t know that it was written by a twenty-one-year-old called Mary Shelley. It was published 200 years ago, in 1818, with the help of his husband, the poet Percy Bysshe Shelley. Theirs was one of the most prototypical romantic relationships.

She was the daughter of Mary Wollstonecraft, a feminist philosopher and writer, and William Godwin, a journalist, novelist and philosopher. Obviously, she grew up in a cultivated atmosphere that helped make her a very intellectual woman.

The monster that she created has nothing to do with the figure that films and tv series have transmitted. It was cultivated, sensitive, able to express his emotions and feelings, willing to help others, vegetarian, keen on reading, (He enjoys reading Paradise Lost by Milton and The Sorrows of Young Werther by Goethe), … However, and because of his physical appearance, he was continuously rejected, and he turned into an embittered, vengeful, solitary being.

Let me suggest the reading of this great masterpiece of English literature to all those interested in improving their English. I can assure you that you will enjoy it and value the figure of its creator, Mary Shelley, a woman whose sensitivity and creativity produced one of the most easily recognisable literary characters.

My name is Philippa and I am the new English language assistant at IES Lopez de Arenas. I am 24 years old and I am from the United Kingdom.

I come from a city in the north of England called York. York is a very beautiful city with a lot of history. It was founded by the Romans and was later lived in by Vikings! If you go to York today you can see the city’s history by looking at the Roman walls that surround the city or at the small, narrow medieval streets in the city centre.

I studied at the University of Sheffield. My degree is called Modern Languages and I studied Spanish, Czech and French. I studied the languages and the cultures of the places where they are spoken. For example, I had subjects about Latin American literature or Czech history.

The city where I studied, Sheffield, is in the same region as York. It is a city with an industrial history. Stainless steel was invented in Sheffield and during the industrial revolution Sheffield was the steel capital of the world. Like a lot of cities in the north of England, Sheffield has a great atmosphere for young people.

In my free time I like to travel, to read, to watch Netflix and to spend time with my friends. I do pilates but I don’t really like sport. Unlike most English people I don’t care about football! I only watch international matches when England are playing and I don’t support any team.

This year is my second one working in Andalusia. Last year I lived and worked in a small town called Huéscar in Granada. I love Andalusia because I love the great weather, the friendly people and the delicious food!

I am very happy to be working here in Marchena this year and I hope to have a great year with you all! 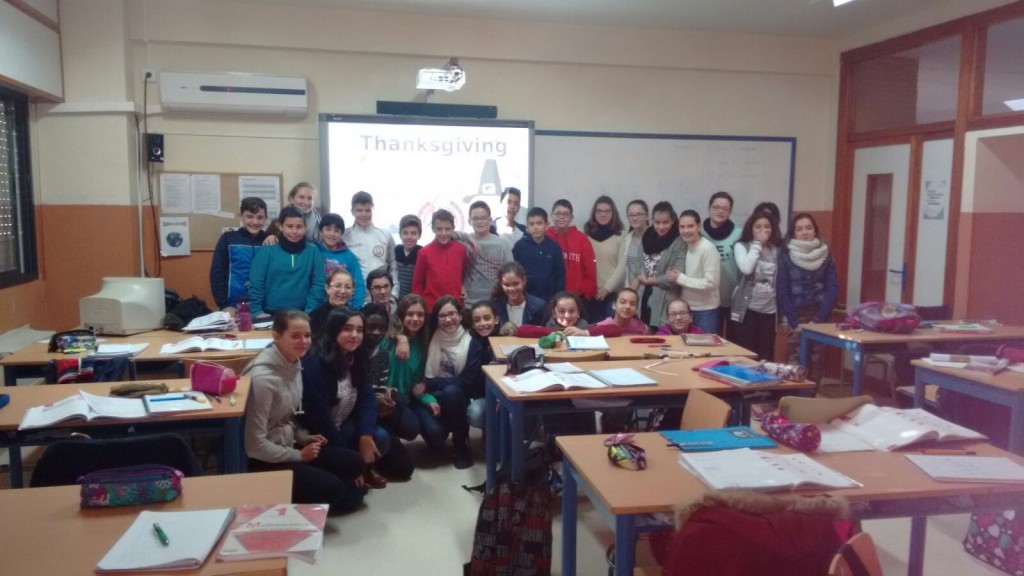