On 25th March, 2018, I read an article on El Pais about the problems that foreigners have in Spain because here we use two surnames. I thought that this was the kind of interesting cultural facts that bilingualism should deal with. I considered it quite appropriate to write about in our school’s bilingual section.

We all have heard about culture shock, that feeling of alienation that people may have when encountering a different environment and culture. Among other determining factors, this is connected with the different languages and customs.

There are many unexpected daily situations that can make it appear and one of the most curious ones is as simple as the use of two surnames in Spain.

When foreigners come to Spain they may find Kafkaesque situations just because of their lack of a second surname. When they have to fill in a form, specially online, if they don’t provide all the information required and fill in all the boxes and gaps, they are not allowed to continue or they are shown an error message.

I admit that when reading about this issue I smiled due to the ways people solve this problem and websites, officials and other workers allow it to happen. Lets have a look at some examples.

Some people use their second name as their first surname. So someone whose name is Daniel John Welsch has John as his first surname, or Mary Elizabeth Cooperman, that has Elizabeth.

Others prefer using their only surname but when filling in forms they write No Tengo or Ninguno in the box for their second surname. However, the system does not assume that they have no second surname. Instead of that, it assumes that their second surname is Notengo or Ninguno, and that is what has happened to many foreigners in Spain who have ended up assuming that weird surname. There are real names such as Simone Fóccoli Notengo (Italian) or Chiho Notengo Murata (Japanese), names that even sound like one of those bad jokes about languages.

But how long have we Spaniards been using two surnames? It is known that until the 19th century there was just one surname and the father’s one was kept by the eldest child and the rest could choose among the other family surnames without a established criterion. It was not until 1871 that the addition of the mother’s surname as the second surname was established. 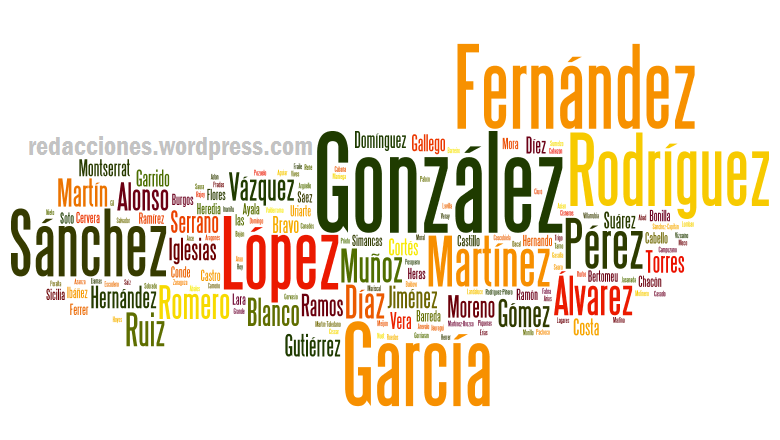 Today’s situation is that since 30th June, 2017 Spanish parents can choose the order of their children’s surnames by reaching an agreement. However, when people are 18 years old, they can freely register the surname order which they want to have in the civil registry.

To end with this topic, just let me propose thinking about your own surnames. Do you like them? Have you ever consider changing their order or making any other possible change such as hyphenating your two first surnames so as to keep your mother’s surname?

Now that we are much more concerned about gender equality it is time to think of those cultural and social aspects that are still based on men’s predominance as a norm inherited from the past. We must vehemently remark  that men and women must relate in equal terms.

I guess all of the students of our IES, teachers and visitors have noticed the wall in the hall covered with several posters and a central huge human figure with the words The Man Of The Future. 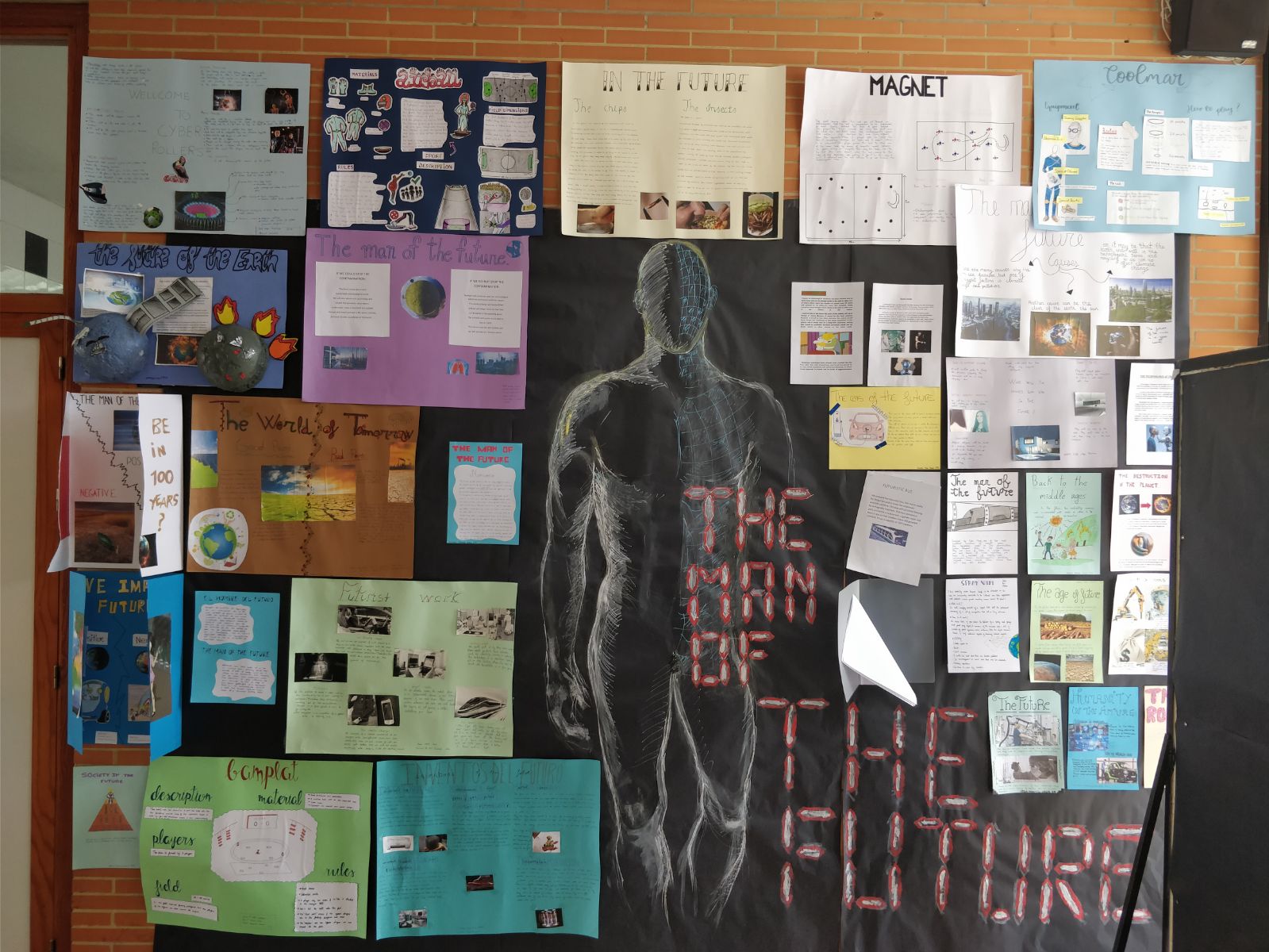 Well, that is the final product of a project we have been developing in the different subjects included in our bilingual program. We chose The Man of the Future as a unifying topic to imagine how the future would be. As this topic is so ample and we have only six subjects we restricted it to invent new technological devices in Technology, to create a sport for the future in PE and to think about the form of government that might exist in History. Our PAVAE teacher drew the central figure. (PAVAE stands for Plastic, Audiovisual and  Visual Arts Education). 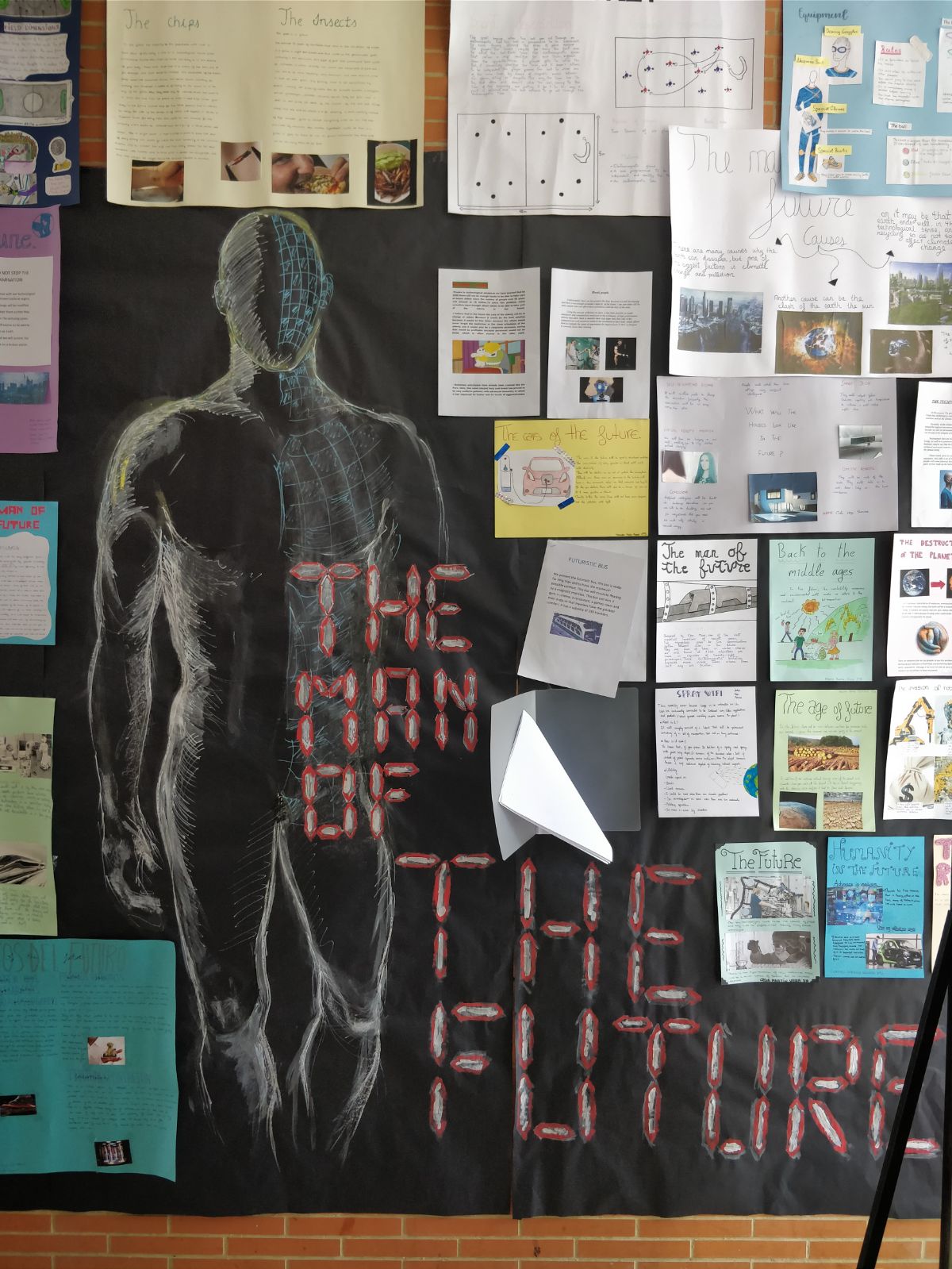 Some months ago, we planted lettuces, endives, and onions. The first day we went to the garden with Teacher Agata, and everyone was helping to prepare the soil, and after that, we planted the lettuces, endives and onions that our teacher gave to us. Everything was perfect and our work was worth it. Every break we had to go to the garden. We watered the plants, and a lot of things.
Time passed and our lettuces, endives and onions grew up, and they were so beautiful. Everyone helped and after three or four months, we could collect all the lettuces and endives.
We got 16 lettuces Then. we sold them for 2€ each and we gave the money to the »Asociación de Niños Contra el Cáncer». We created the garden because this high-school wants to help the enviroment and ecologic products.
Autores:
George-Emanuel Cristodorescu Dumitru (1º ESO A)
José Miguel Marcos Luque (1º ESO A) 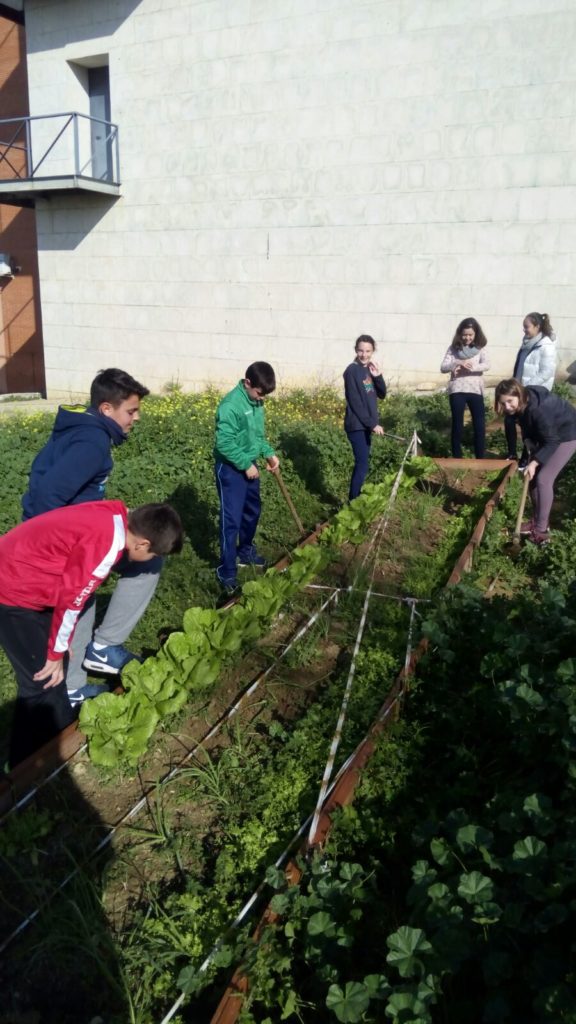 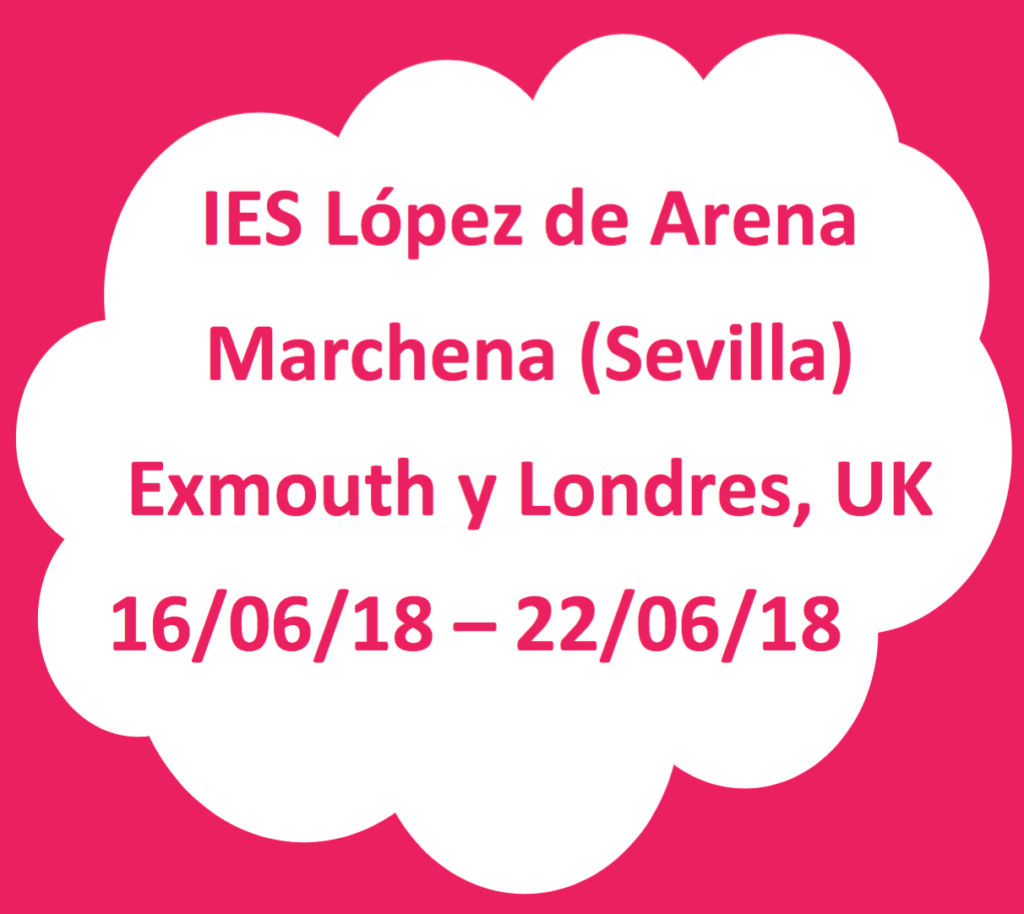 We have been working hard in our school orchard and we have got the first results, our first harvest.

I admit I am very proud of my students and their work developed there. We have learnt about farming and at the same time, we have had fun.

Besides, the vegetables cultivated are being sold and the money obtained is being donated to AECC, the association that tries to help people suffering from cancer.

I want to thank all the students invoved for your effort and work. 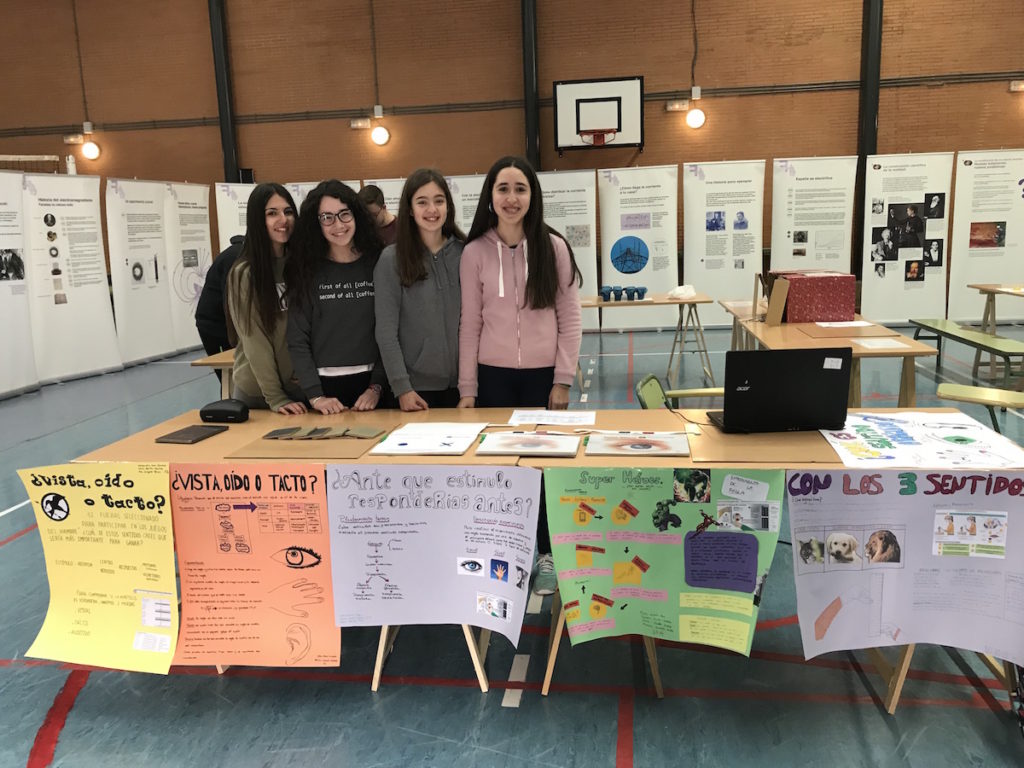 In our PE classes we have been working with some sports and their basic rules and features.

To start with the materials on these sports , here you have a story about volleyball. In Spanish we say «voleibol», as a transcription of the way the word volleyball sounds to the Spanish people’s ears. However, the Spanish word for volleyball is «balonvolea». This is quite similar to the words «fútbol» and «balompié»

I am Manuel, your PE teacher and I am writing this entries in our IES ‘s website to make some PE material available.

For all my students in the bilingual groups eager to know about sports and to practise them, here you have a funny crosswords with vocabulary related to sports. Enjoy it!

Hello to all my students!

I am Manuel, your PE teacher.

We have been working with some materials in English in our classes of P.E. and I want all of you to have it available in our school’s website.

To start with, here you have 3.49-minute basketball video.

Sorry for the sound, but this video is quite illustrative and clear.